To support and promote Poole; its history, culture and people.

To be a leading organisation within Poole regarding the history, culture and development of Poole as a place to live, work and enjoy. Working with the Authorities, local decision makers and other Societies and organisations in order to help shape the town’s built and natural environment, leisure and cultural facilities whilst retaining and promoting its history.

The Objectives of The Society for Poole are:

The Society of Poole Men was formed, following two preliminary meetings on 24th March and 1st April, at an inaugural meeting on 24th April 1924. The founder and first secretary was A J Tanner who with Harry Peace Smith, a schoolteacher from Leicester, visited the dilapidated Victorian tenement that was Scaplen’s Court. 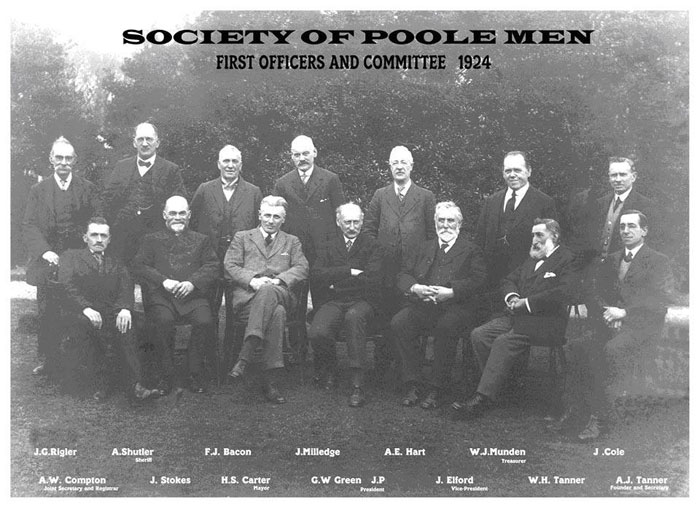 H P Smith suggested that the newly formed society could do much good to help him secure building. An appeal was made to the Town Council to purchase the buildings. The owner wanted £1,000.  The Town Council rejected the idea and Poole Medical Officer condemned the squalid tenements as unfit for habitation. The members of the Society and H P Smith worked together to try to persuade the men of influence that this was an important find. During the next year or so this paid off and they persuade Mr Charles Carter JP to assist. He organised a Town Committee, independent of the Society of Poole Men, which worked hard to raise the capital and in six weeks between October and December 1925 raised £600 in £1 shares to save the building.

In 1925 another storm caused a tremendous fall of masonry and the front of the building collapsed and efforts to save Scaplen’s Court were abandoned as helpless. The shareholders agreed that the money raised should be used in part for the repair of the St George Alms-houses in Church Street and the balance turned over to the Charity Commissioners.   As the tenements were vacated further investigations were made and thus started a memorable four years for the Society of Poole Men. Firstly they assisted H P Smith rediscover the building and latterly in restoration as the Society had been urged to make a second attempt to save the buildings. In 1927 £430 was raised by voluntary contributions and Scaplen’s Court (Poole) Ltd was registered with the object of purchasing, restoring and developing the buildings. The asking price had dropped to £500 and the deal was done.  The repair work was done by Messrs Stoke Brothers and Whittle. On 15th March 1929 the Society of Poole Men held its first Executive Committee meeting in the Winter Parlour of the restored Scaplen’s Court.

In April 1929 the buildings were opened to the public with H P Smith as its first curator. An illustrated official guide was published and in the first two years 10,000 people visited paying 6d as admission.  The gardens were laid out in 1930 by Mr Aireton of Longfleet Nurseries. In January 1931 Poole Council took possession of Scaplen’s Court. The Society moved onto other projects and during the Second World War the building was closed and reopened in 1945 with A J Tanner as the curator. However by 1949 enthusiasm had dwindled and when it closed for the winter it failed to reopen. The Council said that remedial works would cost £5,000 which they didn’t have and suggested that if the Society of Poole Men wanted to reopen they should raise the money. The Society queried the amount and requested a report by the Society for the Protection of Ancient Buildings (SPAB). The SPAB sent a surveyor in May 1951 who estimated the cost as £1380. The Society of Poole Men affiliated to SPAB and the Georgian Group and proceeded to raise money from events such as the “Pageant of Poole”. In 1960 an exhibition was mounted at Scaplen’s Court but it was then shut again and for the next twenty years it was shut more than it was open. In 1985 the whole front was rebuilt by a newly enlightened Council making it very much as it is today. The building was officially reopened in 1991. The Society of Poole Men mounted a brass plaque outside the courtyard balcony in March 1987.  On 19th May 2001 the Society of Poole Men held it first Open Day at Scaplen’s Court.

The restoration of Scaplen’s Court was the Society’s main project. Other projects carried out over the years include the erection of  a tablet to William Knapp, the composer of many hymn tunes, in St James Church in 1934 and a commemorative plaque relating to the “imprisonment of John Wesley in 1572” on a site in Fish Street (now Castle Street). In 1937 the Society began to take an active part in the Beating of the Bounds of Poole Harbour. After the war the Society challenged the suggested demolition of such buildings as the Custom House and Harbour Office. During the 1950s the Society took part in the Pageant of Poole, the Coronation Celebrations as well as holding annual dinners and more social events. The Society also had a strong involvement in scrutinising planning applications which carries on today. This involvement carried on through the 1960s when the Society was involved in the Poole Arts Centre and fighting the infill of Poole Park Lake. During the 1970s projects which the Society was involved with included, Upton House opening, the future of Hamworthy Park and the Montacute Charter celebrations. In 1974 the Society celebrated its 50th anniversary by installing a seat at Evening Hill.

During the 1980s the Society campaigned to stop Whitecliff becoming a feeder road, publicised the grave Alfred Russell Wallace at Broadstone and took part in the St James Church Flower Festival. In 1987 the Society returned to Scaplen’s Court for meetings. In 1992 Society volunteers completed the relocation of the County Gates (the former gateway to the Branksome Park Estate) to a site near the Bowling and Tennis Courts in Branksome Park. In 1998 the Society went onto the Internet with its own website.  During the 2000s the Society was represented on the Poole Heritage Forum and closely involved in the setting up of the Local History Centre at the Waterfront Museum. From 2001 an annual Open Day was held at Scaplen’s Court allowing both visitors and residents to view the building and the gardens. In 2013 the Society voted to allow women to become full members. In 2014 the Society celebrated its 90th anniversary with a celebration lunch.

About Society For Poole was last modified: April 29th, 2019 by SfP Team 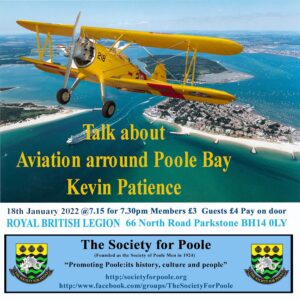 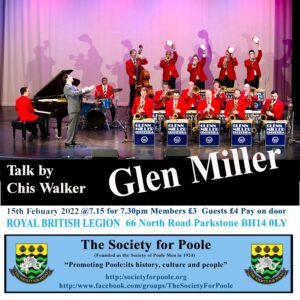 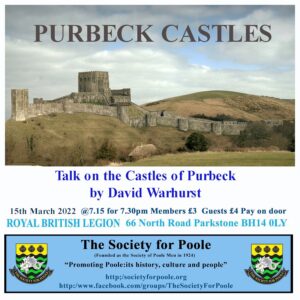 About Society For Poole

We are working with the Borough regarding its strategic development plan whilst voicing concerns over general planning and environmental issues, as well as opportunities to promote the town, retaining traditions such as, Beating the Bounds, and the erection of historic blue plaques & information boards as well as promoting the use of the Poole Flag. Read More …


In the final stages of preparation for the VE VJ D

It was with honour that Mike Pearce joined a large